Earlier today i’ve noticed a new SUB to my youtube Subscriptions titled “BREAKING FOX NEWS” I did not remember subbing to the channel but however it was possible i thought nothing of it.

However this is the Youtube Channel Titled “Savage Facts” Which hosted 40+ Videos of Highlights of Owen Shroyer livestreams, (From his Twitter / Periscope)

I haven’t been able to contact Savage but the channel has been a Staple for Infowarriors for a few years now. The story is still breaking.

Guys some hacker stole my youtube channel and im trying to get it back. Best thing we can do right now is just let others know whats going on. They changed the name of my youtube account and deleted all the videos. @allidoisowen 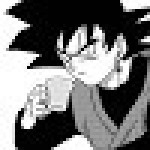 Mike Cernovich Goes over the UNSEALED DOCS From the Jeff Epstein Case.